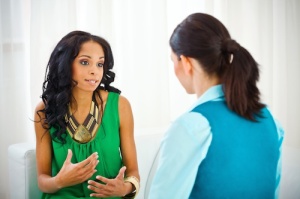 Are you concerned that you may have an eating disorder?

Do you ever feel out of control when it comes to eating? Do you have feelings of remorse, shame, guilt, or loss of self-esteem after overeating? Do you feel that you prefer to eat alone so others can’t monitor you? Are you disgusted with yourself that you have to hide things from other people in your life? Do you feel that every time you look in the mirror, you see someone 50 lbs heavier? Do you ever wish you had a different ‘relationship’ with food? Do you eat rapidly and continue to eat, despite feeling uncomfortable? Do you ever lie about the amount of food you consume? Do you ever get sick and tired of being sick and tired?

Eating disorders can seem secretive and shameful for the person struggling with it. Attitudes and feelings relating to weight or food issues can often cause extreme emotions, attitudes, and behaviors that leave you feeling frustrated, lonely, and isolated from those around you who may not always understand.

While there are three main types of eating disorders (ED), we tend to recognize only anorexia or bulimia however binge eating is also classified as a ED and has it’s own psychological factors that effect many.

Eating disorders such as anorexia, bulimia, or binge eating do not discriminate.

People do not choose to have an eating disorder. They develop over time and require appropriate treatment to address the complex medical/psychiatric symptoms and underlying issues. Eating disorders are a mental illness and have little to do with food, eating, appearance, or beauty. This is indicated by the continuation of the illness long after a person has reached their ideal weight. Eating disorders are usually related to emotional issues such as control and low self-esteem and often exist as a part of a dual-diagnosis of major depression, anxiety, or obsessive-compulsive disorder.

They are often defined by abnormal eating habits that may involve either insufficient or excessive food intake to the detriment of an individual’s physical and mental health. While eating disorders may first appear to be solely about food and weight preoccupations, those suffering from them often try to use food and the control of food to cope with feelings and emotions that may otherwise seem overwhelming. For some, dieting, bingeing and purging may begin as a way to cope with painful emotions and to feel in control of one’s life. Ultimately, though, these behaviors will damage a person’s physical and emotional health, self-esteem and sense of competence and control.

Eating disorders are complex conditions that can arise from a variety of potential causes. Once started, however, they can create a self-perpetuating cycle of physical and emotional destruction. Successful treatment of eating disorders requires professional help.

In a supportive, nonjudgemental, and educational treatment sessions we can work on a plan that best fits you and your needs. I will work with you to help normalize your eating patterns, help you exchange unhealthy habits and thinking for healthy habits and thinking patterns, develop problem-solving skills, explore healthy ways to cope with stressful situations, and, improve your overall mood.

In a structured treatment session, we’ll work on addressing behaviors, thoughts and feelings related to your eating disorder. One way of doing this that I have found helpful is to keep a food journal from time to time to review and identify triggers that cause bingeing, purging, or other unhealthy thinking – which leads often to unhealthy behaviors. After helping you normalize your eating behaviors, our treatment sessions will help you learn to recognize and change distorted thoughts that lead to eating disorder behaviors.

What is the difference between anorexia, bulimia, and binge eating?

Bulimia is characterized by a secretive cycle of binge eating followed by purging. Bulimia includes eating large amounts of food–more than most people would eat in one meal–in short periods of time, then getting rid of the food and calories through vomiting, laxative abuse, or overexercising.

And Binge Eating Disorder (also known as COMPULSIVE OVEREATING) is classified primarily by periods of uncontrolled, impulsive, or continuous eating beyond the point of feeling comfortably full.

While there is no purging, there may be sporadic fasts or repetitive diets and often feelings of shame or self-hatred after a binge. People who overeat compulsively may struggle with anxiety, depression, and loneliness, which can contribute to their unhealthy episodes of binge eating. Body weight may vary from normal to mild, moderate, or severe obesity. Binge Eaters are plagued with insatiable cravings that can occur any time of the day or night, usually they feel secretive, and are filled with shame. Those struggling with bingeing behavior often have poor body image, use food to deal with stress, have low self-esteem, and distorted thoughts.

What’s the difference between overeating and binge eating?

Most people overeat now and then, but binge eating is distinguished by eating an amount of food within a specified time that is larger than the amount that most people would consume during a similar time and circumstance, and feeling out of control over eating during the binge. Sometimes, detailing daily eating patterns can be helpful in decreasing food consumption. However, it may be insufficient in addressing the underlying emotional or psychological components of an eating disorder and consequences of binges.

What is the relationship between binge eating disorder and being obese/over-weight?

Obesity is a medical illness, not a psychiatric disorder. It is important to understand that if you are healthy (with no medical problems), have a healthy attitude (realistic about your weight and body image) and have healthy behaviors (healthy eating habits, moderate exercise) then for the most part, whatever weight you are and can sustain is a healthy weight for you. Wellness not weight should be the determining factor. Body mass index (BMI) , which defines overweight and obesity, is just one factor, not the sole determining factor for wellness. Not everyone who is overweight binges or has binge eating disorder.

Are the issues different for males with an eating disorder?

Eating disorders are promoted predominantly as a female concern. Males may feel a greater sense of shame or embarrassment because of this. If there is a male in your life that you have concerns about, it may be even more important not to mention the term “eating disorder” in the discussion, but rather focus on the specific behaviors you have noticed that are concerning. Keeping the conversation brief and tell him what you’ve observed directly and why it worries you might be more productive.

Can’t you usually tell if a person has an eating disorder simply by appearance?

No. Anorexia may be easier to detect usually although individuals may wear loose clothing to conceal their body. Bulimia is often harder to ‘see’ because individuals often have normal weight or may even be overweight. Some people may have obvious signs, such as sudden weight loss or gain, others may not.

People with an eating disorder become very effective at hiding the signs and symptoms. Eating disorders can go undetected for months, years, or a lifetime.

Does anyone really recover from an eating disorder?

Recovery rates vary widely among individuals and the different eating disorders, but it’s definitely a process. Early intervention with appropriate care can improve the outcome regardless of the eating disorder. Recovery can take months or years but many people eventually recover after treatment.

Eating disorders are often symptomatic of deeper psychological issues such as low self-esteem and the desire to feel in control. The causes of eating disorders are complex and typically can include socio economic, environmental, cultural, and biological factors.

The behavior associated with eating disorders may be interpreted as ‘attention seeking,’ however they indicate that the affected person has some very serious struggles and needs help.

Yes! Some basic goals for a successful outcome would be to decrease and/or stop binging episodes, attain and maintain a healthy weight, and, treat any co-existing psychiatric disorders – correcting any self-defeating thoughts, feelings, behaviors or situations that trigger a binge.

Are you ready to gain control of your life, and want to start feeling better?

If you are ready to break free and start living the kind of life you want…call for your appointment!